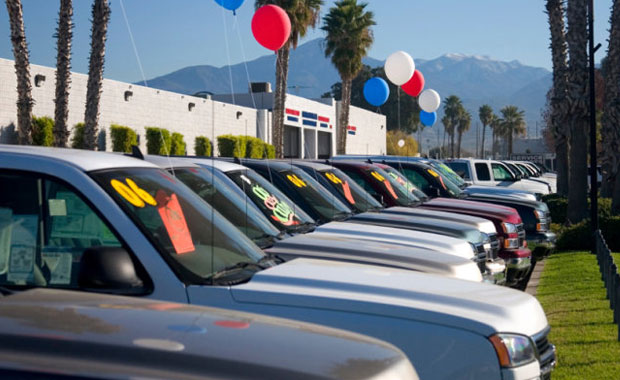 Gas prices have plunged to their lowest level since 2010. According to AAA, the national average of a gallon of regular gasoline currently stands around $2.00, down nearly $1.50 from where prices were at this time last year.

The fall in price is due to factors including increases in Canadian and U.S. production of crude oil over the past few years, additional output from Libya and increased production from Iraq have all raised the global supply of oil. At the same time, a slower than expected growth in China and more efficient vehicles in the States have helped keep global demand for oil in check.

Well, how does all this affect pre-owned Truck and SUV sales?

Does means previously undesired “Gas Guzzlers” are making a big comeback in the Pre-Owned market? Are pre-owned trucks and SUVs no longer on a downward slope in terms of sales?

The reality is that consumer truck demand has been gradually improving for some time already, mainly because appetite for the compact crossover type, the most fuel efficient kind of truck, has taken off. The compact utility share of total vehicle sales grew to 15.6 percent through September of 2014 ― up from under 10 percent over the same period in 2013.

In terms of Pre-Owned sales, the bottom line is that some trucks and SUVs are having a slightly higher sales rates and retaining their value better due to the lower gas prices. Now is a great time to sell your truck or SUV.